Keep the spooky season going with some Halloween Comics! 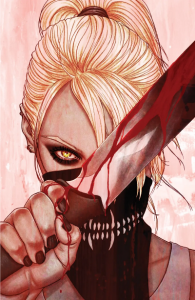 Children in a sleepy Wisconsin town begin to go missing with most never returning, and those that do have disturbing stories of horrific creatures that live in the shadows. There is one person that believes the children and claims to be the only who sees what they can see. Her name is Erica Slaughter. She kills monsters. This is all she does, and she bears the cost because it must be done. – Picked by Alison 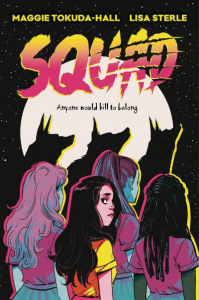 When Becca transfers to a high school in an elite San Francisco suburb, she’s worried she’s not going to fit in. To her surprise, she’s immediately adopted by the most popular girls in school. At first glance, Marley, Arianna, and Mandy are perfect. But at a party under a full moon, Becca learns that they also have a big secret. Becca’s new friends are werewolves. Their prey? Slimy boys who take advantage of unsuspecting girls. Eager to be accepted, Becca allows her friends to turn her into a werewolf, and finally, for the first time in her life, she feels like she truly belongs. But things get complicated when Arianna’s predatory boyfriend is killed, and the cops begin searching for a serial killer. As their pack begins to buckle under the pressure-and their moral high ground gets muddier and muddier-Becca realizes that she might have feelings for one of her new best friends. – Picked by Alison 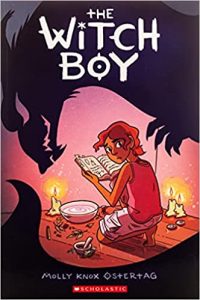 In thirteen-year-old Aster’s family, all the girls are raised to be witches, while boys grow up to be shapeshifters. Anyone who dares cross those lines is exiled. Unfortunately for Aster, he still hasn’t shifted . . . and he’s still fascinated by witchery, no matter how forbidden it might be.
When a mysterious danger threatens the other boys, Aster knows he can help — as a witch. It will take the encouragement of a new friend, the non-magical and non-conforming Charlie, to convince Aster to try practicing his skills. And it will require even more courage to save his family . . . and be truly himself. – Picked by Luna

Theater of Terror: Revenge of the Queers
by Various Authors/Illustrators 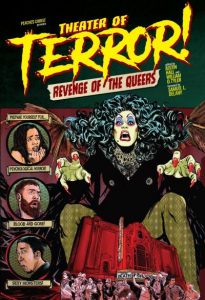 Theater of Terror: Revenge of the Queers showcases a remarkable collection of talented LGBTQ cartoonists illustrating in vivid detail what keeps them up at night. The end result is a tome of shocking queer horror comics we dare you to read! – Picked by Luna 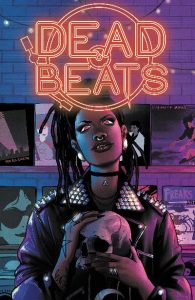 Girl From the Other Side
by Nagabe 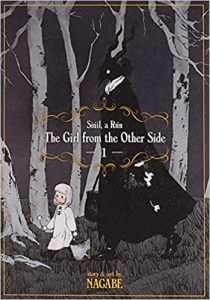 “The Girl From the Other Side: Siúil, a Rún is an all-new manga series that pulls readers into a magical and enchanting tale about a young girl and her demonic guardian. A haunting story of love and fantastical creatures, and is a gorgeously-illustrated manga series. Each volume in the series will be released with a beautifully-textured matte finish cover and will include at least one full-color insert. In a world split between the Inside and the Outside, those living in both realms are told never to cross over to the other side, lest they be cursed. A young girl named Shiva lives on the other side, in a vacant village with a demonic guardian known only as “Teacher.” Although the two are forbidden to touch, they seem to share a bond that transcends their disparate appearances. But when Shiva leaves Teacher’s care to seek out her grandmother, the secret behind her mysterious living arrangement comes to light.” – Picked by Envi