Recently I found myself playing an old beloved game that was recently released for what feels like the 20th time, Bethesda’s Skyrim. I also recently was gifted the Elder Scrolls official cookbook, as if by some Daedric Prince thought to bless me, and the following is two easy to make side dishes that pair well with various foods typically served at this time. 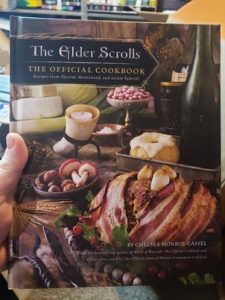 The first thing you need to do is take the leeks and cut off the tough dark green tops, leaving the pale green and white sections. Clean thoroughly and slice the roots in half long ways, leaving the roots on, which will help  keep them together while they cook. 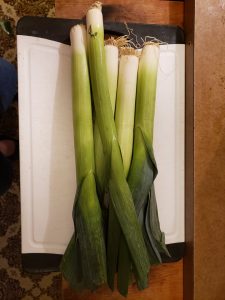 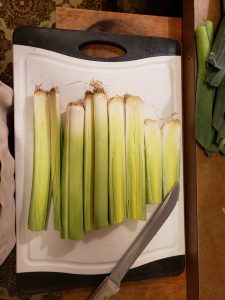 We’re going to cook these in a large pot of water, brought to a boil at high heat. Drop the leeks in, and let them cook until their soft, roughly 5-6 minutes. Remove them and stick them in a bowl of ice water to stop them from cooking, but also keeps them looking nice and unwilted. 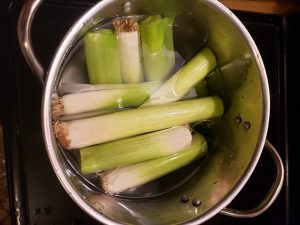 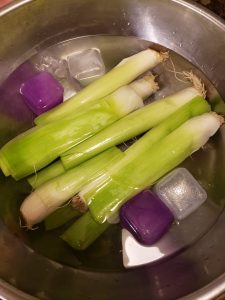 Throw the olive oil in a wide frying pan on medium heat. Place the leeks cut side down for 2 to 3 minutes, until they start to brown. Transfer to a serving plate, sprinkle on the parmesan cheese, and season with the salt and pepper to taste. 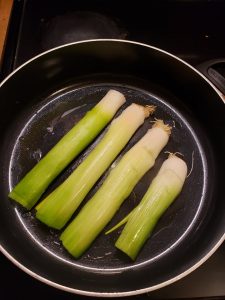 The taste is what it says on the tin, it has a nice crunch to it and the onion taste meshes well with the parmesan. 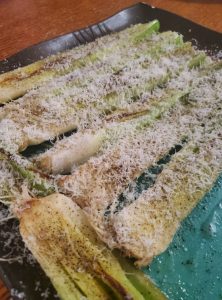 Next up is a simple dish all the way from the Red mountain from Morrowind.

Preheat your oven to 425°F. Poke the yams several times all over and put them directly on the oven rack, placed on the middle rack with a baking tray underneath it to catch any drippings. Bake for 45-60 minutes r until you can easily pierce each yam with a knife. Remove from oven.

Wrap one yam at a time in a towel so they’re easy to handle as you cut a large x on the top of each, after which press on both ends of the yam to open the cuts. Then it’s just as simple as putting as much butter on as you wish, sprinkling on the goat cheese and parsley over the top to finish! This one’s pretty simple, as it’s literally a baked yam. There is a spiced butter that they suggest using from the book, however you can use whatever kind of butter you want as long as it tastes good! 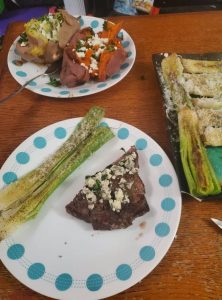 We made both of these a couple weeks ago and pared it with a nice steak.